The Challenges of Modern Corporate Communications

The diminution of traditional media

No, the traditional media will not die. But the media will continue to change. There is only a future for sophisticated professional journalism in contemporary media. Daily newspapers like the Sueddeutsche Zeitung are showing the way: years ago, the “SZ” completely redesigned its weekend edition. It has clearly taken on the character of a weekly newspaper in which it is no longer the acute topicality that dominates, but the broad background knowledge. The reader selects “his” topics: the newspaper becomes more and more a pull medium from a push medium.

The reader is led more by the journalists than seduced – to new and surprising topics. This is done through stronger visualization, emotionalization and personalization. More and more journalists are writing under her name. They develop into their own brands.

The Saturday edition of the Süddeutsche Zeitung – cleverly – anticipates the trend of the media away from topicality and towards a well-founded, timeless background report. And companies can learn a great deal from her in the orientation of their corporate communications.

The future of traditional media lies in their return to quality. Others are faster – such as the social media. This is why the traditional media will lose ground. They will not die out – paper will die out, not the newspaper. Daily newspapers will increasingly become weekly newspapers and printed media will increasingly become online media. And their reach will presumably continue to decline in the face of growing media diversity.

Under the influence of Youtube and Netflix, the ratings of linear radio and television will also collapse dramatically in the long term. The specialist media – whether rustling or electronic – are not getting any better. In addition to professional journalists, influencers, bloggers, twitterati and content-makers are also active in the PR and social media departments of companies. The diminution of traditional media is unstoppable. That doesn’t make them any less important, but it changes the challenges for the makers of corporate communications considerably.

In storytelling-based content marketing, we bring together classic PR and social media marketing and address cross-media influencers, customers and other stakeholders with modern corporate communications.

This sentence comes from the famous Bullshit Bingo. On closer inspection, however, one finds it in an amazing amount of truth: 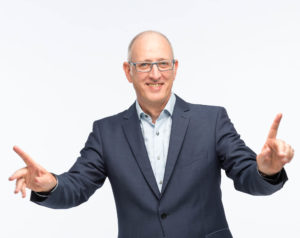 A good communicator conducts many own media

As the number of media and their distribution declines, companies must take care of the distribution of their information themselves.
As the economic pressure on traditional media increases and the number of jobs in them decreases, the creators of corporate communications have to take over the journalistic craft themselves. Finally, companies have their own channels – on the Internet and in the form of social media, from Facebook to LinkedIn to corporate blogs.
This is how content production moves from classic PR to social media marketing. Journalists are addressed there as well as new influencers, new opinion makers. Nothing else means “cross-media” in this context. Only that this is less an “addressing” than much more a dialogue.

Classic PR was Based on Facts

The classic public relations work was focused on press releases. It was the task of the journalists to build readable and consumable documents from the contents of the press releases. Press releases were quasi semi-finished products of corporate communication. They were focused on features, on hard news, on facts.
In any case, they should be. And they were formulated and sent to specific target groups: technically adeptly written and sent out early for the monthly trade press, popularized and later sent out for the current media, daily newspapers and radio. Sometimes even blocking periods were used and accepted. In the online age there is hardly a functioning target group approach any more. All media inform themselves and others under the highest time pressure on the Internet. Online first – nobody can avoid this maxim anymore. That’s why sequential target group-oriented corporate communication no longer works today.

Today content and stylistic target-group orientation in corporate communications is becoming increasingly rare. End customers, partners and journalists are informed at the same time in the large net and they are therefore also informed at the same time by the enterprises. In addition to journalists, new groups of influencers are increasingly interpreting and spreading corporate messages.

Today, everyone organizes mass communication. And everyone interprets their contents on the basis of their personal experiences and interests. This is why successful corporate communication must be storytelling and must be based on the interests of every man and woman and turn into an experience. At the same time, traditional media are losing reach and cost pressure is growing. This results in a thinning out of journalistic resources.

This is why companies increasingly have to establish their own communication channels and express their messages in a way that customers, influencers and other stakeholders can experience and consume. Modern corporate communication relies on experience-oriented information as a finished product.

That’s how PR people become storytellers. They master the journalistic craft without journalism.

The function of the media as a controlling and critical fourth power in a democratic society cannot be claimed by modern public workers. A good PR expert is as good as a journalist. But he will never be a journalist. 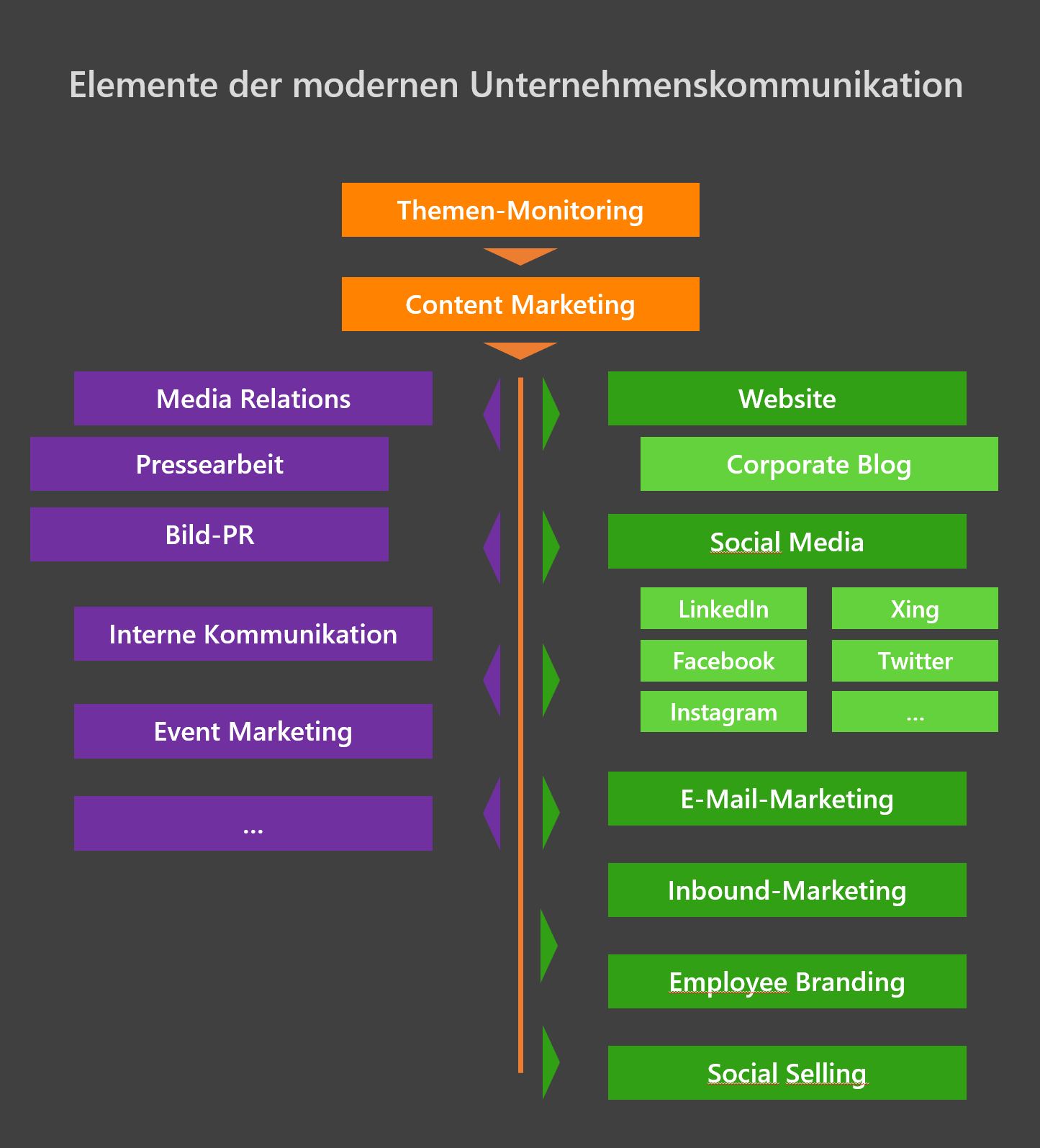 In strategy consulting, we not only develop a continuous content strategy together with our clients, but also a needs-based mix of different communication channels: