vibrio offers the entire range of modern public relations: from brand PR to product and technology PR to crisis PR, from change communication and reputation management to online PR and social media marketing.

Public Relations – this is relationship management, i.e. the organisation of the relationships between a company, its employees, its partners, customers and the public. We are not the workbench that creates press releases or social media documents on behalf of clients.

We are a thinking service provider. We are also intermediaries. Due to our competences and contacts acquired over many years in many industries, we also provide our customers with business opportunities and contacts to companies, associations, media and important opinion leaders. We contribute our expertise to the development of business plans and go-to-market strategies.

As PR and social media consultants, we take care of the reputation of our clients. It is all about designing and communicating an adequate corporate personality.

Our goal is not to create dreamlike images, but credibility. Therefore we are also no salesmen of images, but style advisors for the reputation. We not only ensure the presence of our clients in the public eye, but also pass on public feedback to our clients. Good PR and social media consultants are intermediaries between worlds.

Good storytelling is more important than ever today. In the past, you believed those people you knew well. There were relatively few media, but a lot of classic advertising. Reputation was given above all to companies and personalities with a high degree of recognition.

Today the world is much more complex. There are more and more offers. The Internet makes it easier for customers and the media to compare these offers. People no longer suffer from a lack of information, but from a flood of information.

The customers avoid classical advertising. They react sensitively to arrogance, ignorance and poor service. He reacts emotionally and increasingly trusts his peer groups. Around 50 percent of all purchasing decision-makers take personal recommendations into account when choosing a product. Everyone talks to everyone, anytime, anywhere.

That’s why today it’s less and less about communicating product features, but more and more about conveying emotions and stories, product experiences and customer experiences. Or in short: storytelling.

The following core competencies are part of vibrio’s equipment:

Together with its customers, vibrio develops brand strategies: product positioning compared to the competition and in the market through modern SWOT analyses, the definition of USP and ESP, creating a mission statement and an elevator pitch. We develop strategies for communicating brand messages via traditional and social media.

PR for Products and Technology

For more than 27 years, vibrio has specialised in the successful communication of products and services in need of explanation. We only talk and write about things we understand. As a rule, we ourselves use our customers’ products. Because we must be able to demonstrate these products to journalists and social media protagonists at any time, explain them popularly and position them – even if the customer is not there.

Many of our customers came or come from the IT, Internet, telecommunications, logistics or other high-tech industries.

In the end, like all service providers, we depend on the economic success of our customers. Ultimately, all corporate communications serve sales success sooner or later. This is why we are not only responsible to marketing managers, but also to the sales force of our customers. Together with the sales specialists, we support the marketing strategies of our customers. For example, we develop “How-to-sell” tips, sell cards and support companies through sales PR with channel media, contacts with marketing partners and much more. 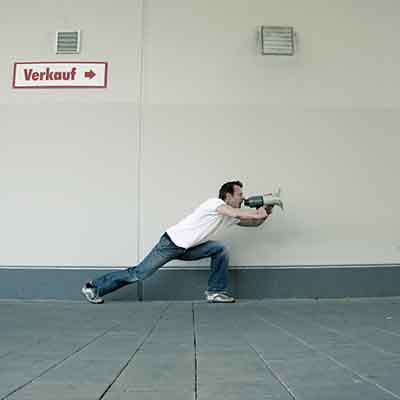 vibrio successfully handled PR for listed companies, for companies in tough competitive environments and for companies in M&A processes for more than twenty years. We have extensive experience in crisis management. The creation of crisis communication scenarios and crisis reaction plans is part of vibrio’s tools of the trade.

Crisis communication is an important part of crisis management. It starts with an analysis of crisis potentials in a preventive and crisis-avoiding way, formulates measures to prevent the occurrence of crises or minimize their effects and defines communication processes and contents even before a crisis occurs.

Crises are often the starting point for change. And change communication is therefore an important cornerstone of modern corporate communication.

In connection with Chinese pragmatism and optimism, it is often pointed out that there is one and the same character in Chinese for the two terms “crisis” and “opportunity”.
But this rumor is as widespread as it is false! For Chance the Chinese mostly use the character combination 机会 (jihui), for the term crisis aber 危机 (weiji). The sign 机 is present in both terms. And 危, with which the symbol for “crisis” begins, corresponds to the first sign of danger, which should not be overinterpreted either. Because single characters usually have many meanings in Chinese and only the combination of at least two characters is really unambiguous. What a pity: for once, we cannot learn from the Chinese that crisis and opportunity are one, that the crisis is also the opportunity for change.

In fact, from a communicative point of view, crises – just like fierce growth processes or company relocations – are nothing more than forks where paths separate: some lose, others win. But those who only rely on reactive methods, such as reducing costs and adjusting their resources, will not get very far. That’s because the world behind the intersection definitely looks different than it did before: markets are changing, competition is repositioning, customers are adapting their needs portfolio. Crises are always fundamental processes of social change. In short: after a crisis, different products and qualifications are needed than before.

In the global economic crisis of the 1930s, there were three major waves of insolvencies:
In 1930, those companies that were already weak before went bankrupt. They are the first to be affected.
In 1932 those companies died that were not prepared for the end of the crisis, that could not, for example, keep their employees in the crisis and could no longer meet the increasing demand.
In 1935, those companies went bankrupt that had not adjusted to the changed conditions of the economy and society after the end of the crisis, which, for example, wanted to satisfy the new changed demand with the wrong – old – products.
Therefore, companies must change during the crisis. Just as people change when they go through a life crisis: after the relationship crisis, after their first bankruptcy and after their fortieth birthday, they are different.

If we look at a company as a “personality”, as a person who arouses interest through their individual history, we quickly see that companies have to develop their personality continuously. At crossroads, i.e. in change management, there is a need for a fundamental stocktaking and “type correction”, for a new corporate story.

And because social media marketing, like classical PR, is dominated by content and dialogue, social media marketing is one of the most distinguished tasks of a good PR agency. Because more important than the design of a Facebook campaign are its mechanics and integration into the overall communicative appearance of the company. But of course vibrio also masters the programming and design of Facebook and other online campaigns. But content always comes first for us. And that’s a great thing.